If you come from the world of data engineering or if your company ingests and processes large quantities of data on a regular interval basis, you are probably familiar with the Apache Airflow. But did you know there are more things you can do with Apache Airflow besides building robust data pipelines? In this post, I’ll go over a few things you can do with Airflow besides organizing and running your data pipeline tasks.

Before I get into the things we can do with Airflow beyond data pipelines, let’s go over what Airflow is. For those who are unfamiliar, Airflow is a popular platform for data engineers to set up ETL pipeline tasks that run on a schedule. While you do not need to use Airflow to run a scheduled task, cron is sufficient for scheduling tasks, Airflow allows you to create pipeline tasks with dependencies that cron does not.

Directed Acyclic Graphs or DAGs, allows data engineers to programmatically and visually set up the data pipelines tasks that point to each other as dependencies. Computer Science topic alert: to learn more about what a dag is check out Wikipedia . DAGs, as a core feature of Airflow, allows data engineering teams to easily handle hundreds if not thousands of complex and long data pipelines easily. Airflow also allows you to monitor all these pipelines visually in real-time from Airflow’s web UI, unlike cron. See Fig 1 for a simple Airflow DAG: 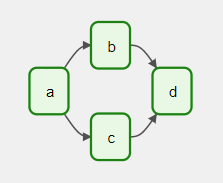 Not all data-related tasks fall under the customary understanding of a data pipeline of ingesting, cleaning, processing, and loading into its destination. So what else can we do with Airflow beyond data pipelines?